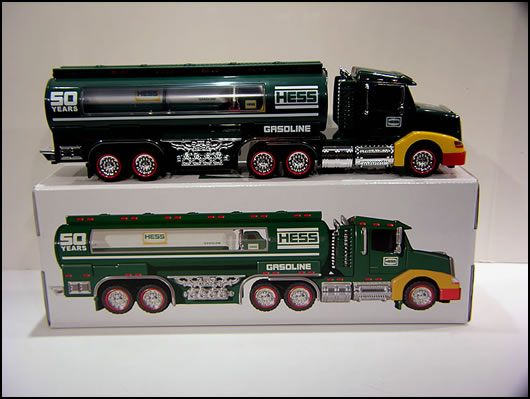 
To mark the golden anniversary of the Hess Toy Truck collection, Hess offered separately, a limited-production, individually numbered Collector’s Edition Toy Truck – a first in the collection’s history. This truck went on sale at midnight October 2 exclusively online with free shipping and sold out before Thanksgiving! The demand was so great that the server that Hess used crashed causing orders to be halted. After a few hours it was fixed but crashed again. Eventually Hess straightened out the problem and orders continued. Some features on the trucks are: