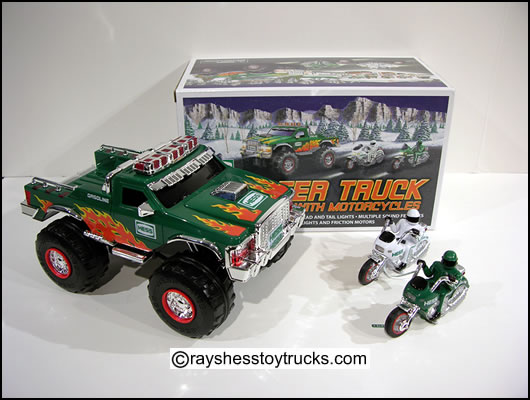 The 2007 Hess Monster Truck is a very rugged truck. Some of the features are real head and tail lights, multiple sounds and comes with two motorcycles complete with lights and friction motors. There are three buttons on the top of the roll bar that have features like a start engine sound, revving sound & a honking horn sound for hours of fun!