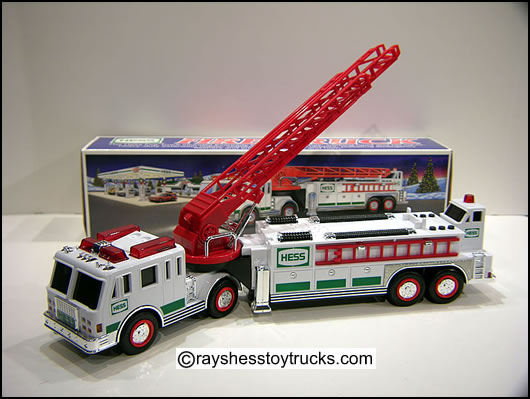 While Hess has created fire trucks in the past, the 2000 Fire Truck is a modern marvel. The “hydraulic” ladder extends to 3-times its size, rotates 360 degrees, and makes a ratcheting sound. The side ladders snap off and can be joined to make one long ladder. The truck includes stabilizers that snap down and lock, horns and sirens, and 16 working lights that can flash or glow steady. The lights work in tandem with the sounds.