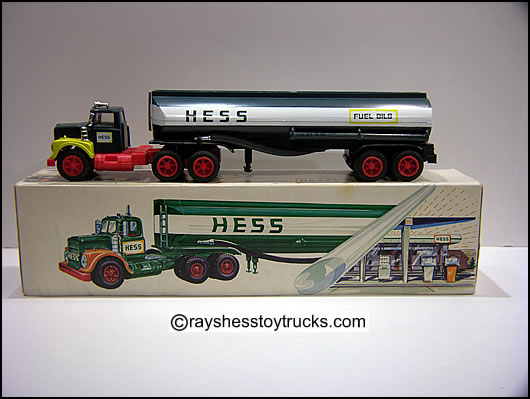 This truck is very similar to the 1967 Tanker truck.  Each has working headlights and taillights operated by a switch on the bottom of the tanker, and removable hose. The decal placement on the 1968 Hess Tanker says “Gasoline” one the passenger’s side & “Fuel Oils” are on the driver’s.