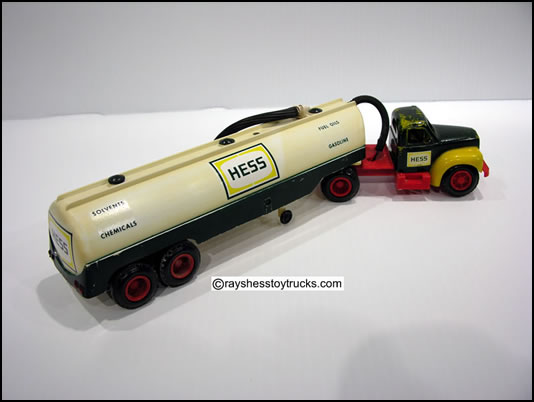 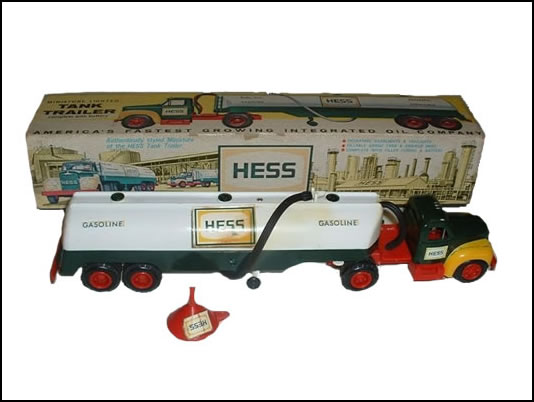 This truck is an 18-wheel fuel oil tanker in the traditional Hess dark green with white and yellow accents. It has a water tank you can fill with working hose and nozzle, plus working headlights and taillights. The truck is wrapped in tissue paper and comes with a red funnel with the Hess logo on it that sits in a cardboard holder. There is also a battery instruction card that is included with the toy. The Hess logo is on the side and rear of the trailer, as well as on the tractor doors.  This tanker can actually be filled with water and then drained from the top hose. The box is a 2 piece style featuring the scene of a refinery and service station. The box top is done in the Hess colors of green, white & yellow. The bottom part of the box is green in color. The same truck was issued in 1965.